The Okaloosa County School District has displayed an appalling Lack of Accountability as evidenced by the multiple scandals which have occurred over the last 5 years.  Since 2017, scandals have become commonplace in Okaloosa schools, starting from the top level of the School District – and our School Board has never even acknowledged these scandals nor taken action to prevent them.

After a 2016 investigation into the abuse of an Okaloosa Special Needs student, the School District failed to report the matter to the state as required by law. Our School Board took no action, but Governor DeSantis stepped in and suspended then-Superintendent Mary Beth Jackson: 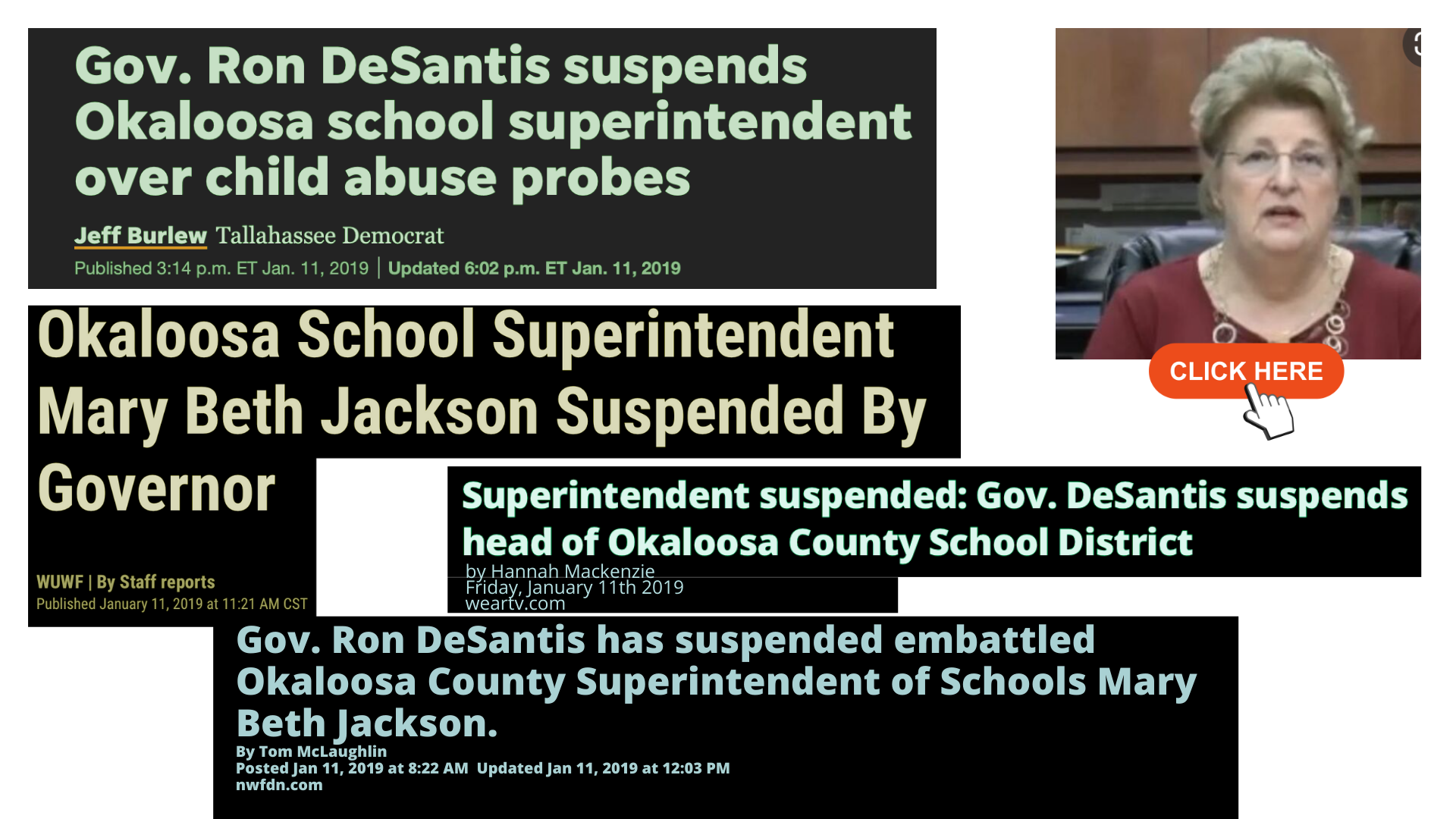 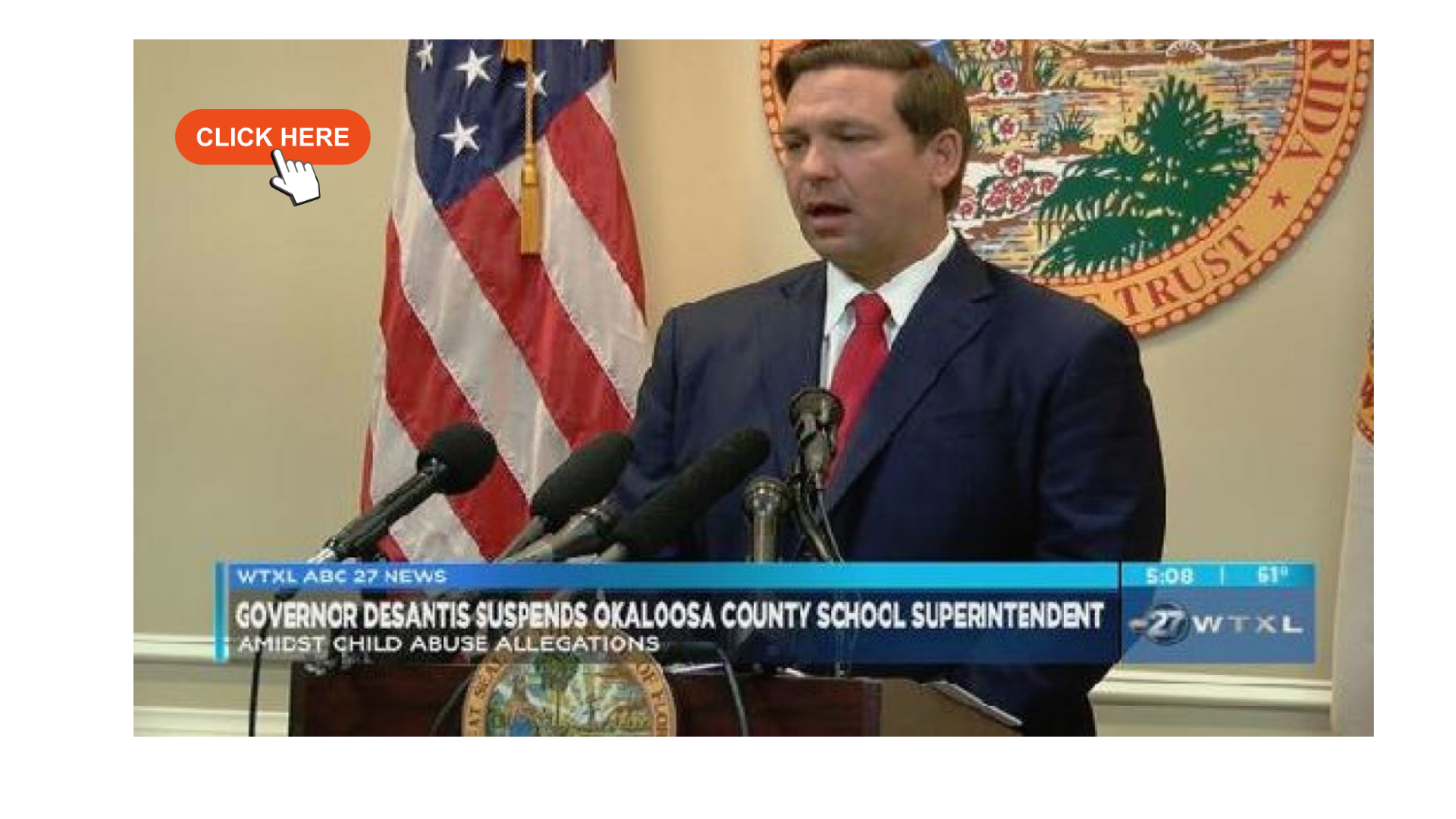 In 2019, Joseph Michael Sparks, an Okaloosa County middle school teacher, was arrested and charged with soliciting/engaging in lewd behavior with a student and failing to report child abuse: 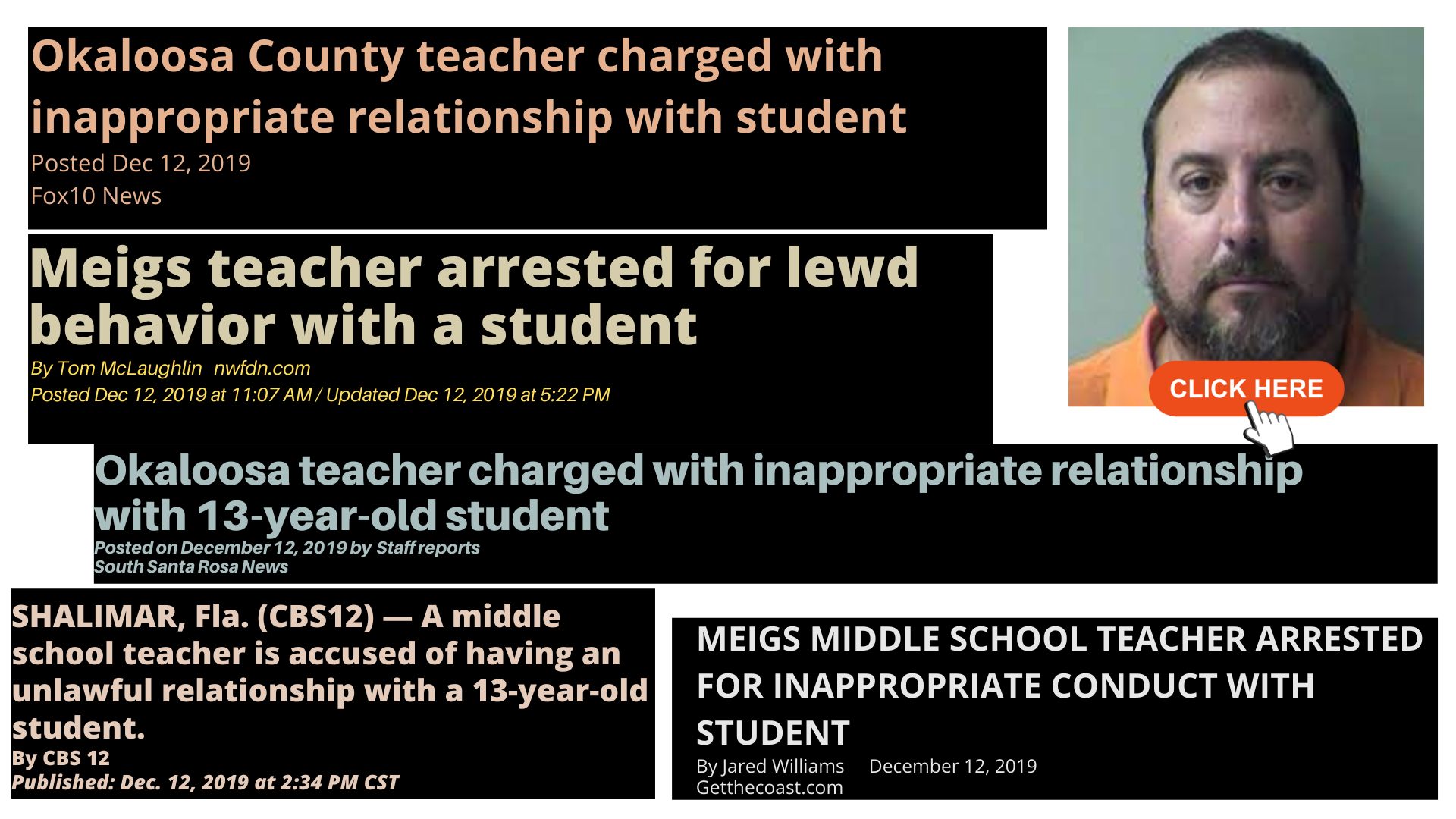 In 2021, Karen Hall, an Okaloosa County School District Aide, was arrested for hitting a child in her care on a special needs bus: 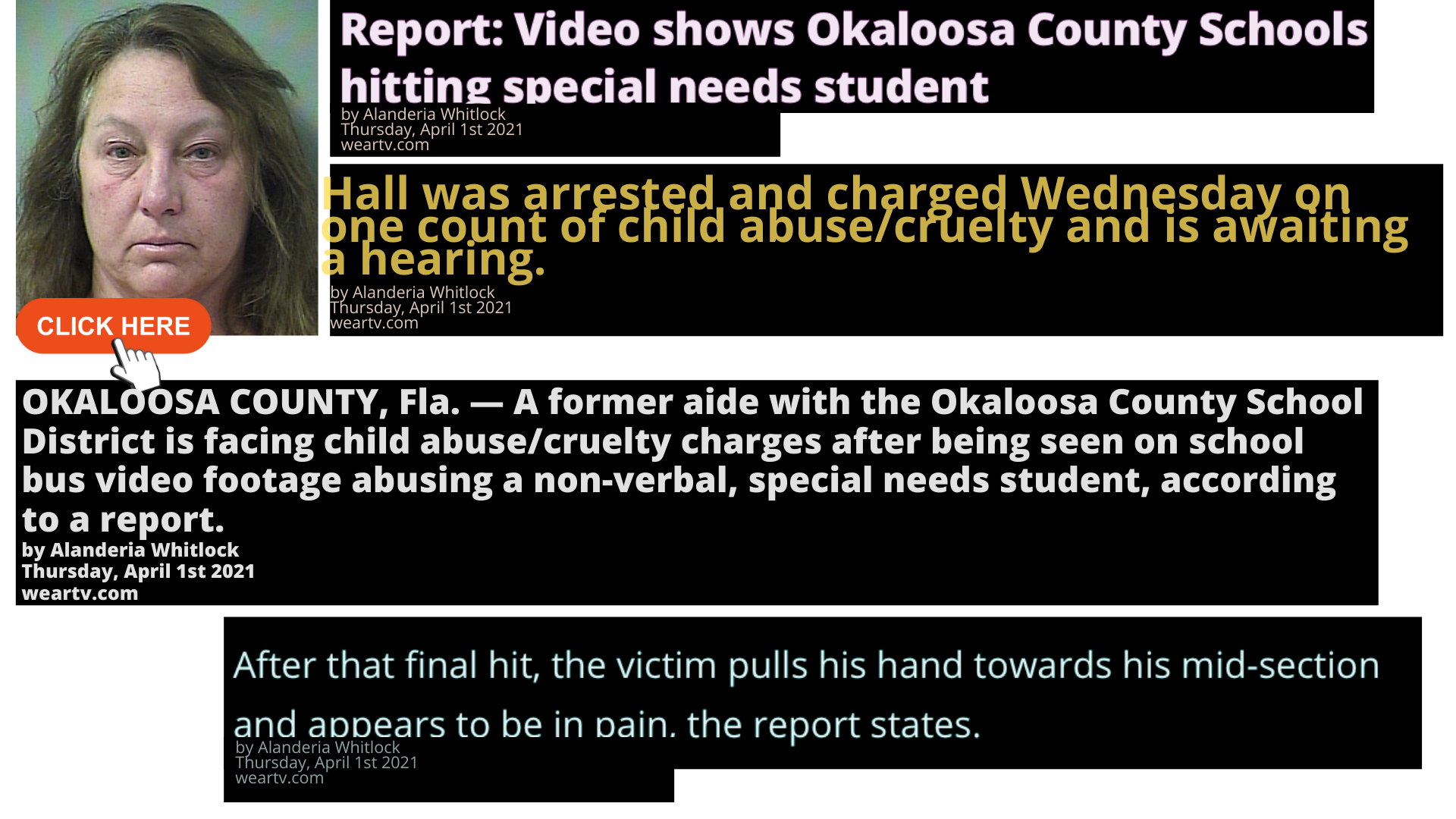 In 2021, Hayley Hallmark, an Okaloosa County middle school teacher and coach was arrested TWICE for carrying on an inappropriate and abusive relationship with a student for two years: 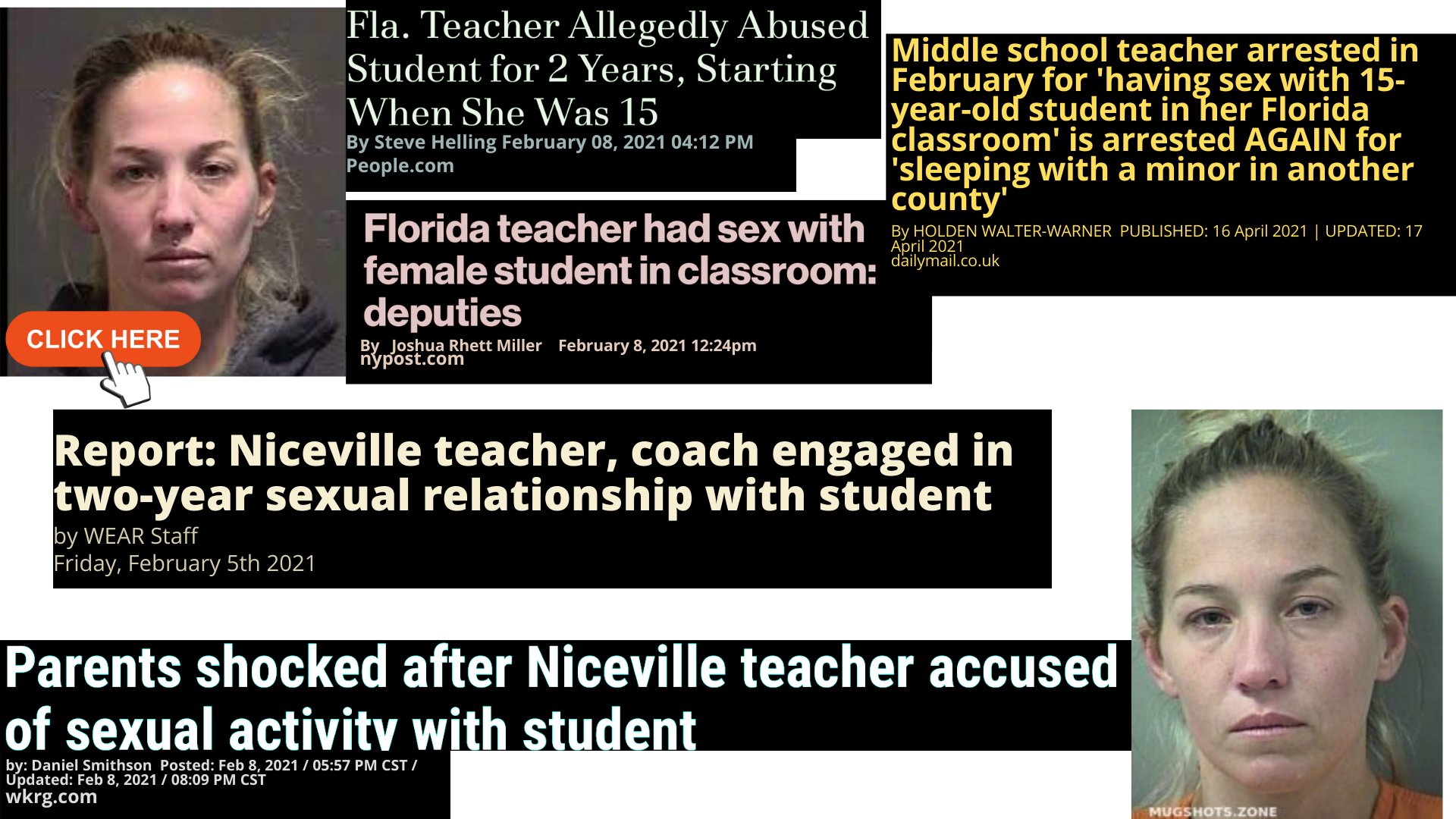 Once again in 2021, an Okaloosa County School bus assistant is arrested and charged with child abuse after shoving a student against a wall to confiscate a cell phone: 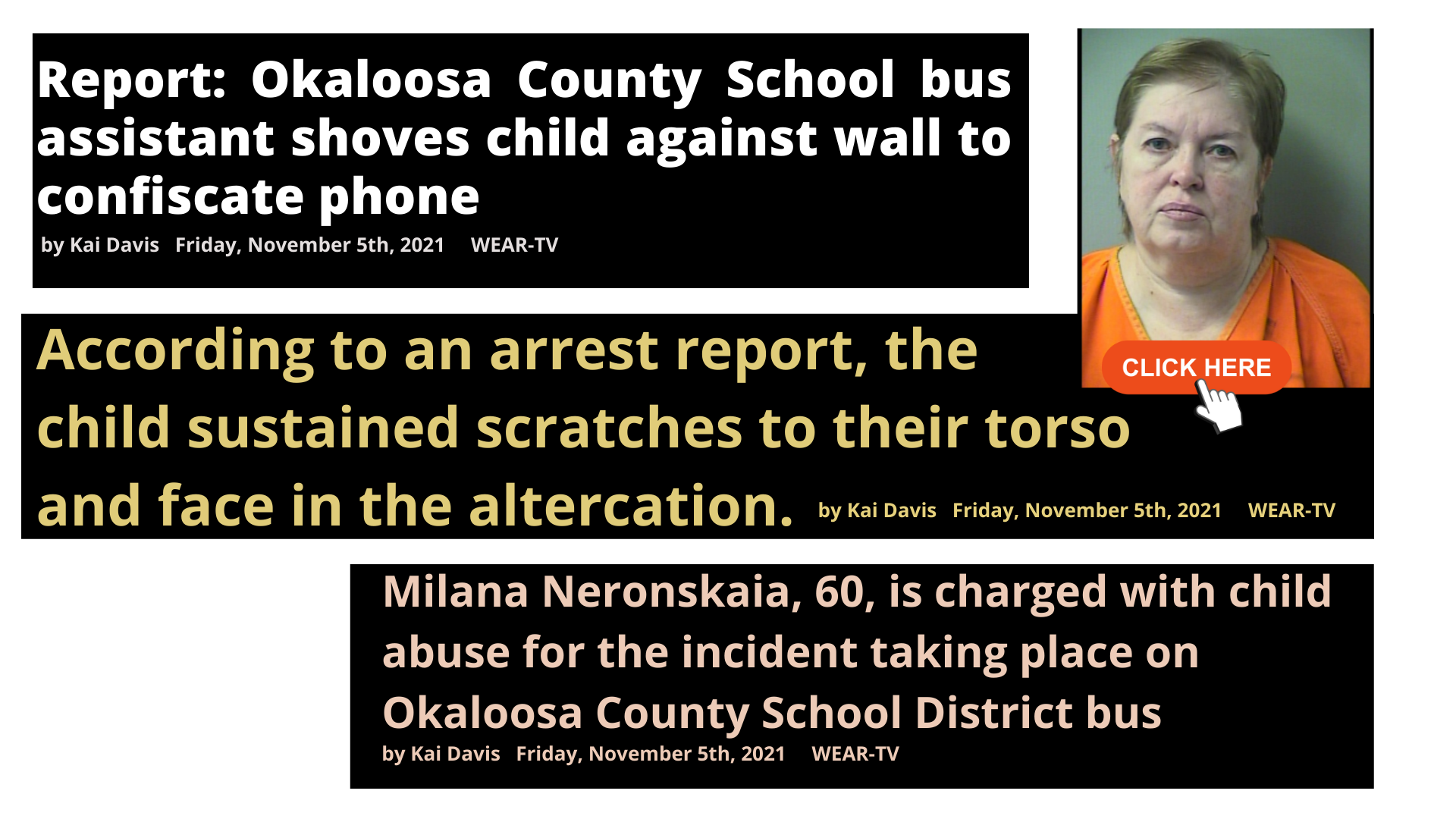 IN ALL 5 CASES, NO SCHOOL BOARD ACTION!!!